A Path to Peace: Yoga in Colombia 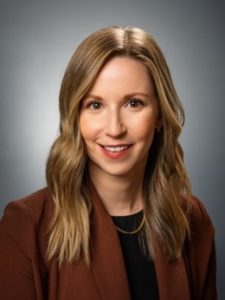 I spent the fall of 2017 in Bogotá, Colombia studying non-traditional and grassroots methods for addressing violence in contexts of war as part of my doctoral research at Western University. During my research fellowship with the Colombian non-profit Corporaciòn Dunna, I learned about the nuances of war and peace and the immense potential for mind-body integrated approaches to address complex and intersecting manifestations of violence. Dunna’s work across 67 communities in Colombia is reshaping peacebuilding from the ground up, creatively using the teachings from the ancient spiritual practice from India: yoga. Dunna’s programming has directly benefitted nearly 7,000 individuals including youth offenders, demobilized persons, military personnel, victims of armed conflict, victims of sexual violence, displaced persons as well as other low-income and at-risk populations, both directly and indirectly affected by the conflict. Their community-based programs integrate emotional and interpersonal recovery within broader ideas of societal rehabilitation and rebuilding as part of their nation’s recovery efforts towards sustainable peace.

The Colombian state and the Revolutionary Armed Forces of Colombia (FARC) had only just signed their historic peace accord shortly before I arrived in Bogotá.  The accord marked the symbolic end to a deeply complex conflict that lasted five decades during which over 250,000 people were murdered. Since 1985, more than 8 million have been forcibly displaced from their land and homes—the largest movement of internally displaced peoples in the world. During my fellowship, I interviewed Dunna’s staff and program participants, citizens-at-large, peace organizers and government officials about what this historic moment meant to them and about their hopes for the future. I heard about how these individuals and their communities remain overwhelmed by the complexity of violence and how deeply rooted it still is in Colombian society. Contrary to popular perception of the Colombian conflict, which was largely rural, the largest subset of the violence is organized criminal violence, primarily in Colombia’s cities, with family violence following closely behind. The violence of the armed conflict with the FARC is not isolated from broader structural and systemic violence such as European colonization dating back to the 16th century (which manifests in modern day largely as deeply entrenched social class structures and inequality), nor from the seemingly ‘everyday’ violence in interpersonal relations among neighbours or within familial and kinship structures.

I sought out to understand how these different expressions of violence were related and how they intricately, cyclically and intergenerationally informed one another. More specifically, I explored how a practice like yoga is being used to address violence and shape individual and collective levels of peacebuilding in Colombia. In many respects, yoga is an opportunity for Dunna’s participants to connect with others and socialize, yet the effects of the practice reach much further.  Interviewees shared that yoga is a space for them to rebuild social fabrics and trust in their communities. For example, some participants shared that yoga is useful in building compassion for others and co-existing with neighbors despite differences and polarizing political and religious views. Participants also shared how yoga classes benefit their relationship within their families and help them cope with conflict, control reactivity, and find patience in parenting. Most significantly, participants living in low-income social housing complexes where Dunna works reported less violent incidents in their community overall since the yoga programs began.

On an individual level, yoga is a tool to promote mental health, resilience, and emotional recovery. Yoga helps participants calm their nervous system—moving out of a state of prolonged hypervigilance and nervous system dysregulation (e.g., this translates to experiences such as being easily reactive to stimulus, feeling on edge, tension in the body, disassociation, and anxiety). Living chronically in this bodily state has compounding physiological and psychological consequences and can result in longstanding chronic health problems. For participants with a range of symptoms of complex trauma such as anxiety, depression, insomnia, unexplained pain and PTSD, aspects of yoga such as focused breathing, present-moment and bodily awareness and opportunities for introspection are particularly helpful. The emotional and psychological benefits reported by participants include the increased ability to focus, regulate emotions, cultivate feelings of safety, and contemplate past experiences. On a physical level, participants of Dunna’s yoga programs frequently report fewer ailments such as physical pain or headaches and better sleep.

Dunna’s work demonstrates the unique potential of yoga as a practice in individual and collective rehabilitation from trauma and facilitates a deeper understanding of the psychosocial and relational dimensions of peacebuilding. The lessons from their work are far reaching and offer insights into the impacts of out-of-the-box thinking to address violence and the role of contemplative, meditative and mind-body integrated aspects of spiritual and embodied practices like yoga. We can reflect on Dunna’s work and the transferability of lessons to non-war contexts and how they may help fill the gaps in violence prevention, outreach and care.

You can also read our open-access publication, “Yoga Social Justice and Healing the Wounds of Violence in Colombia” in UC Berkeley’s Race and Yoga Journal for more context: https://escholarship.org/uc/item/3c14s15j.

Mayme Lefurgey is a postdoctoral researcher at the Muriel McQueen Fergusson Centre for Family Violence Research and the Department of Sociology at the University of New Brunswick. She holds a Ph.D. in Gender, Sexuality & Women’s Studies (collaborative program in Transitional Justice & Post-Conflict Reconstruction) from Western University. She is a member of the New Brunswick Women’s Council and an advocate for women with brain injury with the non-profit, PINK Concussions.