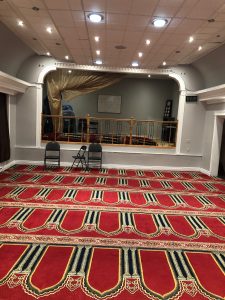 Inside the Fredericton mosque. Photo by Abeer.

As I drove to work this morning, I heard the radio report concerning the shooting of Muslims in two mosques in Christ Church, New Zealand. I immediately felt a pain in my stomach and the sting of tears in my eyes. My deepest sympathy goes out to the citizens of Christ Church and New Zealand who must deal with what Prime Minister Jacinda Ardern described as one of her country’s “darkest days”.

The victims were in their place of public prayer, a place that many of my research participants have described to me as a place where they find peace in the midst of society’s chaos and violence.

My father died in a farming accident and I remember well the pain and fear triggered in my family and our rural farming community by his death. It made no sense – he was an experienced farmer – healthy and strong.  The safety of farm machinery had improved considerably over the years and the machine he was working with at the time was covered in warning stickers. Over his lifetime he’d been injured in far more dangerous situations. We all wondered how and why his death could possibly have happened. It made no rational sense.  We turned to our faith for comfort in our sorrow, fear and confusion and our Catholic community was there for us.

That’s what makes this violent attack and the many other attacks perpetrated in mosques around the world so awful – the murders happen in the very place where many Muslims seek peace, solace and assurance in a world that is unkind and unjust.

Islamophobia is rampant. Many people view Muslims as inherently violent and believe that Islam promotes violence.  Islamophobia is a practice called “othering” through which the irrational fears of an individual or a population are projected onto another group. Our fear of terrorism are projected onto Muslims. The stereotype of violent Muslims promotes the widespread fear and hatred of Muslims and has been used to justify discrimination against Muslims by states and acts violence by individuals and groups.

Many Muslim women who have participated in my research have told me about their day-to-day experiences of being yelled at on the street or told how oppressed they are by complete strangers. The province of Quebec has proposed a ban on the wearing of the hijab in order to receive or deliver public services such as education and healthcare. Violence and discrimination against Muslims raises fear and uncertainty within Muslim groups.

Out of fear and concern for their safety, Muslim groups turn inward and close themselves off from interaction with non-Muslim Canadians.  Some Muslim men use this as an opportunity to exert more control over their wives and children.  In a context filled with discrimination and fear, it is extremely difficult for people within Muslim communities to address family violence because they do not want to confirm social stereotypes. 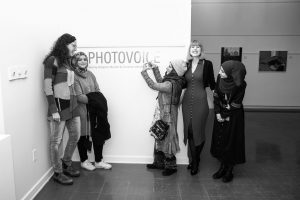 Stereotypes of Muslims blind us to the complexity of religious agency as one factor among many used in identity construction and social integration. We all have a role to play in challenging Islamophobia. We can learn and promote awareness about the diversity of religious beliefs and practices amongst Muslims, many of which promote peace, social harmony and respect for religious and cultural diversity.