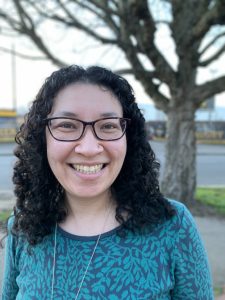 In a survey of 438 churchgoers that Professor Kristin Aune and I conducted in the county of Cumbria in England in 2018, we found that only 0.5% of churchgoers said that domestic abuse was regularly preached about in their church, while 14% said that this happened sometimes. Over half said that this never happened at all. The strong message from this survey was that silence still typically surrounds the topic of domestic abuse, and that there needs to be a shift towards openness. Silence protects perpetrators, normalizing violence and abuse and compounding survivors’ feelings of isolation and self-blame. Preaching about domestic abuse is one crucial way to redress this balance.

For Christians experiencing domestic abuse, Christian beliefs and values about marriage, gender, divorce, sin and suffering, and forgiveness can shape how they make sense of the abuse that they are experiencing. Perpetrators can speak into this, claiming that, for example, wives must obey their husbands and fulfil all of their demands, or by demanding survivors’ instant and unconditional forgiveness. Survivors who leave their abusers may carry the guilt of breaking the marriage covenant, not realizing as Daphne Marsden writes in her book Dishonoured and Unheard: Christian Women and Domestic Violence, that the perpetrator’s repeatedly unloving, damaging and dishonourable behaviour is what actually broke the marriage covenant. Preachers have the opportunity to – whether wittingly or unwittingly – reinforce or challenge these interpretations.

It is however critical that when you do preach about domestic abuse, this is done safely and sensitively. For example, things to consider are:

You may or may not ever find out how meaningful a sermon which you give about domestic abuse turns out to be. However, I assure you, your sermon will make an enormous difference, not least to those who are being abused and feel that the church stands with their perpetrator or, and not with them, or that the abuse is their ‘cross to bear’. It may feel daunting to take on the challenge of preaching about domestic abuse, but the physical, emotional and spiritual well-being of our congregations – both adults and children – depends on it.

Dr Rebecca Barnes, co-author of In Churches Too: Church Responses to Domestic Abuse (with Professor Kristin Aune) is Senior Research Adviser in Qualitative and Social Research Methods in the Department of Health Sciences at the University of Leicester, UK.

Restored, a UK-based charity which provides domestic abuse awareness education internationally, has developed a church pack (available in a range of languages). This provides a wide array of resources, including a section on theology and commonly misused scriptures.

US-based organisation, We Will Speak Out, has developed a sermon guide for speaking out against domestic abuse.

Sojourners has developed an interactive repository of 100 sermons about domestic abuse by preachers from a range of denominations.