HomeBlogRacism and the Congregational Response to Family Violence

Racism and the Congregational Response to Family Violence 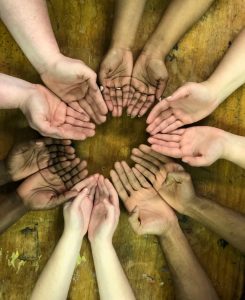 The current public conversations and demonstrations concerning Black Lives Matter and police violence against racialized and Indigenous people in the US and Canada have prompted me to write about ethnic/racial inequality and its implications for religious responses to family violence.

Racism is a structural or systemic problem and will not be solved solely by individual actions, even though individual actions are part of systemic change. Racialized people (those who are primarily identified by their ethnic/racial minority physical features) encounter systemic barriers when they experience family violence. First and foremost, our society stereotypes racialized people as inherently more violent than white people. This is not true – black Americans and Indigenous Canadians are not essentially more violent than Caucasians. All religious traditions promote the fundamental equality of human persons, regardless of gender or race/ethnicity. However, long and ongoing histories of violence and injustice perpetrated by the state have created serious social problems for members of these racialized groups. Hundreds of years of settler-colonial violence against Indigenous people in Canada has manifested itself as collective and individual trauma. Indigenous and racialized people live with the intergenerational transmission of trauma.

In Canada, immigrants, members of visible minority groups and Indigenous people are less likely to be employed, more likely to live in poverty and are incarcerated for crimes at higher rates than members of the white majority. These inequalities exist despite access to education or the demands of the labour market. Racialization is strongly associated with dropping out of school, unemployment, underemployment, poverty and crime in the public imagination (and in government statistics) but these forms of inequality have been constructed and sustained by the white majority over time. The work of deconstructing the systems that perpetuate ethnic/racial inequalities is the responsibility of the white majority and will take time. White members and leaders of religious congregations can take action to address systemic inequalities at the local, regional and national levels. This will contribute to the very practical needs of racialized families who experience violence – safe housing, food security, affordable and accessible health care services, childcare, employment, and public transportation.

Racism can silence the disclosure of violence by victims in racialized families because they do not want to confirm the stereotypes that portray them as essentially violent. Immigrants and racialized people with collectivist values that prioritize the family and community over the individual may also be reluctant to talk to someone outside of the group. They either suffer in silence or rely on in-group responses to violence. Just as public family violence services are continually changing, community-based, in-group responses to family violence are too. It is important for white members of religious groups and public service providers to learn about culturally diverse responses to family violence so that bridges of understanding and support can be built.

We have examples of culturally respectful responses to cases of family violence amongst racialized and Indigenous people in Canada. The Muslim Resource Centre for Social Support and Integration collaborates with public service providers in London, Ontario in a culturally integrative, early intervention strategy to address violence in Muslim families. A Community Holistic Circle Healing model is being used by the Anishnabeg people of Hollow Water First Nation in response to the problem of sexual violence. Rooted in Ojibway cultural values, the model incorporates best practices from non-Indigenous sex offender treatment programs and takes place in their community.