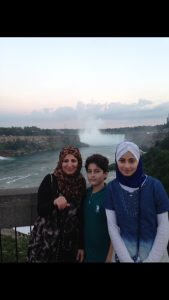 The UN has designated the first week of February as World Interfaith Harmony Week. Its origins involve a call for Christian and Muslim leaders to engage in dialogue based on the shared belief to love God and to love neighbour. While dialogue between religious leaders is important, the results rarely impact people in their everyday lives. How can people engage in conversations about their faith – the commonalities and differences of their different religious traditions?

In an effort to make interfaith dialogue more concrete in the lives of Christians and Muslims, I have been engaged in an international research project called Interfaith Photovoice Initiative: Amplifying Voices through Photography, Interfaith Dialogues, and Immigrant Advocacy. The research is built on the premise that religious people are more likely to bring a cell phone with them to worship than a sacred text – after all we can access a sacred text on our cell phones! Photographs can be used to initiate conversations between Muslims and Christians about their everyday religious practices and beliefs. The research technique is called photovoice. Photovoice is a participatory action research method that can be used to address significant social problems. Designed to be a process that is at once authentic, analytical, proactive, and empowering, it promotes social change through photo-based stories. Rather than relying on outside experts, it encourages the expression of a first-person perspective, especially for at-risk or marginalized members of society. In this way, photovoice provides a voice to those who have traditionally been unheard.

During the fall semester I facilitated photovoice conversations with Muslim and Christian students and young adults at the University of New Brunswick (UNB). Each week the participants brought photos in answer to three questions:

The women and men talked about why they brought particular photos to discuss and what the photos meant in relationship to their faith. At the beginning, they were hesitant to ask each other questions, but over the course of five weeks the conversations grew more personal and nuanced. Then the participants identified themes based on the photos and the conversations. Together they chose which photos best illustrated the themes and then wrote brief descriptions for their photos. The result of all of this work was a public exhibition at the UNB Art Gallery. If you want to learn more about the process, you can listen to an interview I had with the host of campus radio. 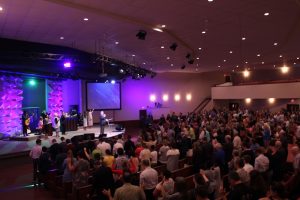 Today we will mount the Interfaith Photovoice Exhibition at the Fredericton Public Library as our contribution to building Interfaith Harmony in our city.

Domestic violence can take place in families of all religious traditions as well as in non-religious families. Working to create better understanding and respect between Muslims and Christians, between believers and nonbelievers, can assist survivors of domestic violence in their quest for safety, healing and wholeness.