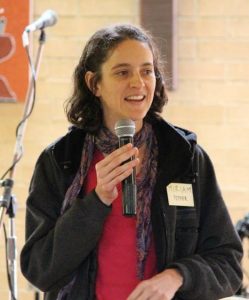 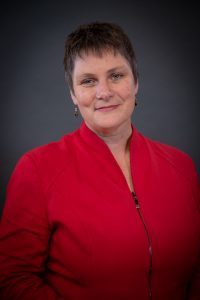 There is a growing body of international research on domestic and family violence in the context of religion – its occurrence, the experiences of those affected, how faith groups are responding – but there is less known about Australia.  We are working to address this gap in the case of Christian churches so that clergy, leaders and churches at large can be better equipped to address the causes and consequences of violence.

We are Australian social researchers who run the National Church Life Survey (NCLS).  The NCLS is a five-yearly survey of thousands of Christian churches, hundreds of thousands of churchgoers and thousands of church leaders in approximately 20 Australian denominations (Catholic, Anglican and other Protestant). The NCLS covers many topics.  For the first time in 2016, we asked clergy (and other local church leaders in churches where there is no clergyperson) about whether and how they had responded to domestic and family violence (DFV).

We found that two-thirds (67%) of clergy had previously dealt with DFV situations in their ministry, primarily responding to victims of abuse by referring them to specialist support services (77% of those who had dealt with such situations) and by counselling them (70%).  The findings varied by denomination – with a particular depth of experience with DFV situations and strength of awareness of the needs of victims for safety and specialist support evident in the Salvation Army.

A large minority of clergy who had dealt with DFV situations (44%) had either counselled perpetrators or (less commonly) referred them to support services.  Given the complexities and risks involved in working directly with perpetrators, and the lack of evidence for what interventions with perpetrators actually work, understanding clergy practices in this regard is a priority.

Investigating in more detail how clergy are working with perpetrators is even more important because most Australian churchgoers attend church with their partner.  In other research that we undertook for the Anglican Church of Australia, we interviewed Anglicans who had experienced violence from an intimate partner.  We found that those who attended the same church as their partner at the time of the abuse tended to face complex challenges in disclosing their experiences and in receiving effective support from their church.  This was especially the case when the abusive partner held positional and/or spiritual authority.  This points towards a need for training and support for clergy so they are better equipped to respond in these very difficult situations.

Our findings from the 2016 NCLS on “Domestic and Family Violence: Responses and Approaches across the Australian Churches” have been published in the open-access journal Religions.

Data from the 2021 NCLS (conducted in late 2021 and into the first part of 2022) will soon be ready for analysis.  We look forward to examining how clergy responses to domestic and family violence have changed in the interim – including in the context of the COVID-19 pandemic.