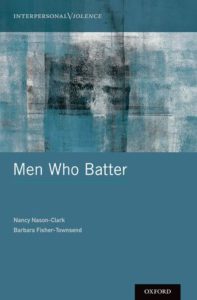 In our book Men Who Batter, we tell the stories of Jake Peters, Dwight Fraser, Kevin Grant and Vincent Perk (fictitious names), four of the over 50 abusive men who we interviewed on many occasions over a four year period.  These portions of text from our published book are used with the permission of Oxford University Press, New York.

Jake’s earliest memories were linked to his placement in foster homes.  For more than ten years of his life, he was in, and then out, of different families.  To tell you the truth, it was a very, very ugly experience….  I don’t think the state really knows what goes on in there.  I had firsthand experience—these people aren’t your parents you know….  I’ve seen kids get beat, I’ve been beaten myself….  I was in the system for a long time, I pretty much learned how to talk to the therapist and the staff members and pretty much work the system….  I had 10 years of practice, a long time.  Eventually what really happened was the state told me my mother…that she needed to take me back.

Dark corn-braids frame his youthful African-American facial features, and regular work- out at a local gym conveys Jake’s new-found interest in a healthy, fit body.  At twenty-eight, he had decided to make some new choices that will help him to reach personal goals.  But it was not always so. For 10 years, Jake was bumped from one foster home to another, having irregular contact with his dad.  Well, you know, my father wasn’t really there.  I mean when he did come to visit me in those group homes and foster homes…. I liked what he had to say and I wanted to listen to him, you know, he used to make little jokes…like don’t cry…don’t let anyone put their hands on you, you don’t ever start a fight you don’t finish…. These early messages had a profound impact on Jake.  I really wanted to connect with my father so what he said I took to heart, for the most part.

As a teen, when he was reunited with his mother, things did not go well and Jake moved to live with his father.  After a few months, he came back to his mother’s house.  And then he left again.  In Jake’s case, bouncing from one home to another, one location to another and sometimes one state to another, was out of his personal control.  Thus, it is not surprising to learn that when we first met him—in the early days of attending the program—we learned that he was longing for a period of stability in his life.

A year later when we caught up with Jake again, he has found a stable job—as a bouncer at a local club—finished school, got a licence and a car, and made some significant lifestyle changes, especially in how he related to women.  By his own account, he tried to build a relationship with a woman before he slept with her—something very different from how things were in an earlier period of his life.  He was now much healthier, has stopped drinking, and was about to finish his fifty-two weeks at STOP [the Batterer Intervention Program].  He said he was on a new path.  But there was a long road ahead.

He wanted to get established in a job that would bring him security and enjoyment.  He wanted to find ways to relate to his parents who had disappointed and hurt him in the past.  He had a desire to learn how to be less shallow in his intimate relationships.  He hoped that he had learned to put his drinking behavior behind him.  All of these hopes and dreams amounted to a tall order.  Only time would tell whether the therapeutic investments in his life and his contact with the STOP program would reap the rewards Jake claimed.