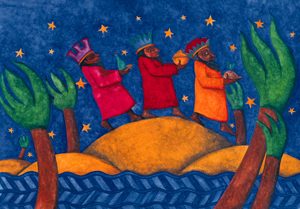 This weekend many Christians celebrate the Feast of Epiphany.  Epiphany is based on the biblical story of the three wise men who followed a star to Bethlehem in order to bring gifts of gold, frankincense and myrrh to the Christ child.  The wise men’s treasures acknowledged the specialness of Jesus’ birth – they were traditional gifts used to honour a king or god in the ancient world.  Christians believe that through their gifts, the Magi recognized the great mystery of the incarnation or God becoming one with humanity through Christ.  Epiphany can serve as a reminder to Christians that like Jesus, we are all treasured by God.  Christians are also called to treasure one another.

Domestic violence often involves the belittling and criticism of a victim by a perpetrator.  Those who act abusively will blame their partners for much that goes wrong in their lives.  Victims are sometimes given the message that they are not living up to their responsibility for making their spouse happy, satisfied, comfortable, etc.  They are told that it is their fault that the marriage or relationship is not working.  Sometimes religious language is used to inflict pain.  Perhaps the language of sin is used to make a woman feel ashamed about her actions.  Maybe her beliefs are ridiculed.  This chips away at her self-esteem and self-confidence.  A steady barrage of criticism or put-downs can result in a woman believing that there is something inherently wrong with her.  Emotional abuse leads to the internalization of a negative self-image.  The woman is not treasured by her partner and she does not treasure herself.

Research shows that men who act abusively often have histories of victimization themselves.  The story of Jake Peters is an example of someone who was beaten as a child in foster care and saw other foster kids being beaten.  He, and others like him, were not treasured during their formative years.  They do not have foundational experiences of being valued and accepted simply for who they are and they are not able to recognize the treasure in others.

The Magi recognized that Jesus was special – they brought treasures as a sign of blessing for the new king.  According to Fr. Ron Rolheiser, “To bless another person is to give away some of one’s own life so that the other might be more resourced for his or her journey.  Good parents do that for their children.”  Rather than enrich the lives of their partners or their children, those who act abusively often take away what little sense of worth their family members have.

If we are serious about helping families who are suffering situations of abuse and violence, we can affirm the treasure that resides within all people.  We can speak about actions which show how family members bless one another and contrast them with actions which do not.  We must speak openly about the problem of emotional abuse in families of faith.  By breaking the silence about abuse, we give permission to others to talk about their experiences.  We can remind those who are not feeling treasured, that there is help available.  Those of us who feel deeply treasured by God can give away some of that blessing in order to be supportive others and accompany them on their journey towards discovering (or rediscovering) their own treasure.